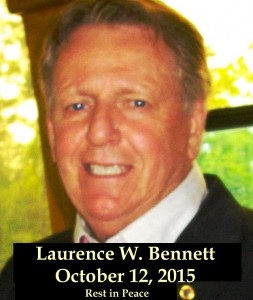 Redding, California: Man found dead October 12, 2015 in Marina View RV Park known as Laurence Wayne Bennett aka Richard W Bennett (and a host of other names…) identified as the I-5 Senior Bandit. Case closed, unless he is still alive, and this is an elaborate faked death scheme.

Help Us Discover, Hinder and Ultimately Catch the I-5 Senior Bandit

The I-5 senior Bandit travels along the I-5 Corridor from Mexican to Canadian borders seeking out senior citizens and bilking the elderly of their life’s savings. He is a man who uses a variety of disguises, identities and scams to swindle finances from unsuspecting seniors.

We offer this site as an information resource, firstly to inform potential victims approaching or over the age of 65. These are the individuals being sought out and victimized by the I-5 senior Bandit.

Here, you will find the stories of scams and elaborate fraudulent representations that have cost many people to fall victim to his various con games and swindles. We will document his various disguises and identities, so that in the even that you may encounter this individual, you will know that you are potentially dealing with a predatory pathological liar and psychopath, who viewed you as potential prey.

As we collect data, we hope to get regular updates from would-be potential victims, and acutal victims (whose identities we will protect) who will collect data in the form of documented stories, photos, methods of transportation and other information that may help us identify the I-5 Senior Bandit once and for all.